Dennis Banks and His Last Walk

We would like to express our condolences to the Banks family at the last walk of Dennis Banks. One of the original founders of the American Indian Movement, Dennis Banks worked tirelessly to elevate the status of Natives in America.

While Ottawa is committed to making drinking water available to all of Canada's Aboriginal water systems by 2021, no less than 47 new drinking water advisories have been put in place since 2016, including 27 since the beginning of the year, according to data obtained by The Canadian Press. This situation leads several observers to believe that the Trudeau administration is likely not to meet its target of lifting all long-term advisories on systems funded by the Department of Indigenous and Northern Affairs Canada (INAC) by 2021, despite investments of $1.8 billion over the next five years. 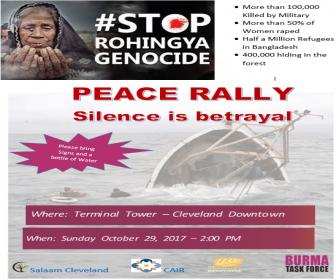 Muslim community and our partners are organizing a rally to protest the Burma military’s genocidal attacks on the Rohingya people.

The Rohingya are indigenous people of Burma living in their ancestral lands.

Their citizenship was revoked in 1982 by a military regime. The UN consider the Rohingya to be the world’s most persecuted people.

Day of the Dead 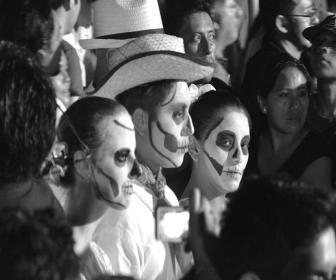 The annual days of celebration to honor the ancestors.

Throughout Turtle Island, indigenous people have traditionally honored the dead during those days when the door to the spirit world is open. In the modern era October 31st marks the beginning of this time which ends November 2nd.

The Cleveland Truth Commission on Poverty 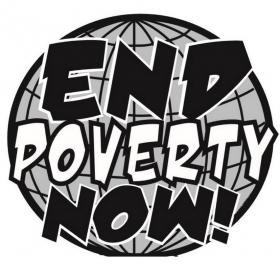 Hear personal testimony about what the Poor face in housing, education, health care, employment, the justice system, and a polluted and toxic environment. Join us to help us break the silence of decades of denial and lies about poverty.

Free childcare will be provided but you must call 216-651-2606 to register your children.

Guatemalan Youth in Defense of Land and Life! 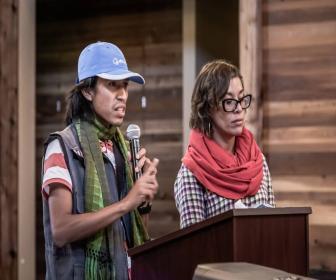 This fall, NISGUA (Network in Solidarity with Guatemala) welcomes Alex Escobar Prado as the featured speaker for this year’s tour, “Guatemalan Youth in Defense of Land and Life!” Alex is an activist, educator, and a member of the Guatemalan environmental justice organization Youth Organized in Defense of Life (JODVID). 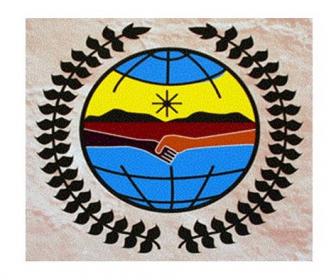 Settler colonialism brought genocide, disease, and heartbreak to indigenous populations. It also brought a form of Christianity which sought to obliterate the spirituality of indigenous people with forced conversions and threat of death. Truth-telling is the beginning of reconciliation. This service is one small part of addressing this history and legacy in our nation.