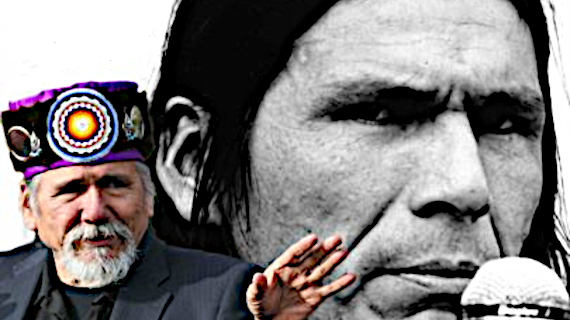 View this announcement in your browser.

Tickets are still available to the World Premiere of DAWNLAND at CIFF42! CLEVELAND, Ohio - The American Indian Education Center (AIEC) acknowledges the unfortunate and misguided indictment of our former Executive Director and Co-Founder, Robert Roche (Chiricahua Apache). Mr. Roche has dedicated over 40 years of his life helping the Native American people through the provision of social services, community support, and socio-political activism.

Join us for these exciting events in August!

2016 World Series Demonstration
The World Series comes to Cleveland and begins Tuesday, October 25. Join Cleveland American Indian Movement and the Native community in speaking out against the Cleveland team name and "Wahoo" logo. After the Toronto lawsuit and the attention brought by the Blue Jays to our cause, the world is watching Cleveland. Help us convince Cleveland and MLB that the time is right to make the change and end Cleveland's shame!

Ohio Historical Society is seeking a Project Manager for possible World Heritage sites in Ohio. Many sites like Serpent Mound and other so-called "Hopewell" sites will be included, and as World Heritage sites they will receive much attention, money, and tourism. As this project is being negotiated, having a Native person or an ally at the helm could ensure that indigenous perspectives are given more weight. Please pass this along to anyone you know who might be interested.

This month Cleveland American Indian Movement is pleased to announce the reinterment of ancestors from the Engle-Eiden site in Lorain County. This private ceremony will see 46 ancestors laid to rest on their original land, where they will be protected and remain undisturbed. We thank all involved who have made this momentous occasion possible, and who have helped us fulfill our commitment to these ancestors.