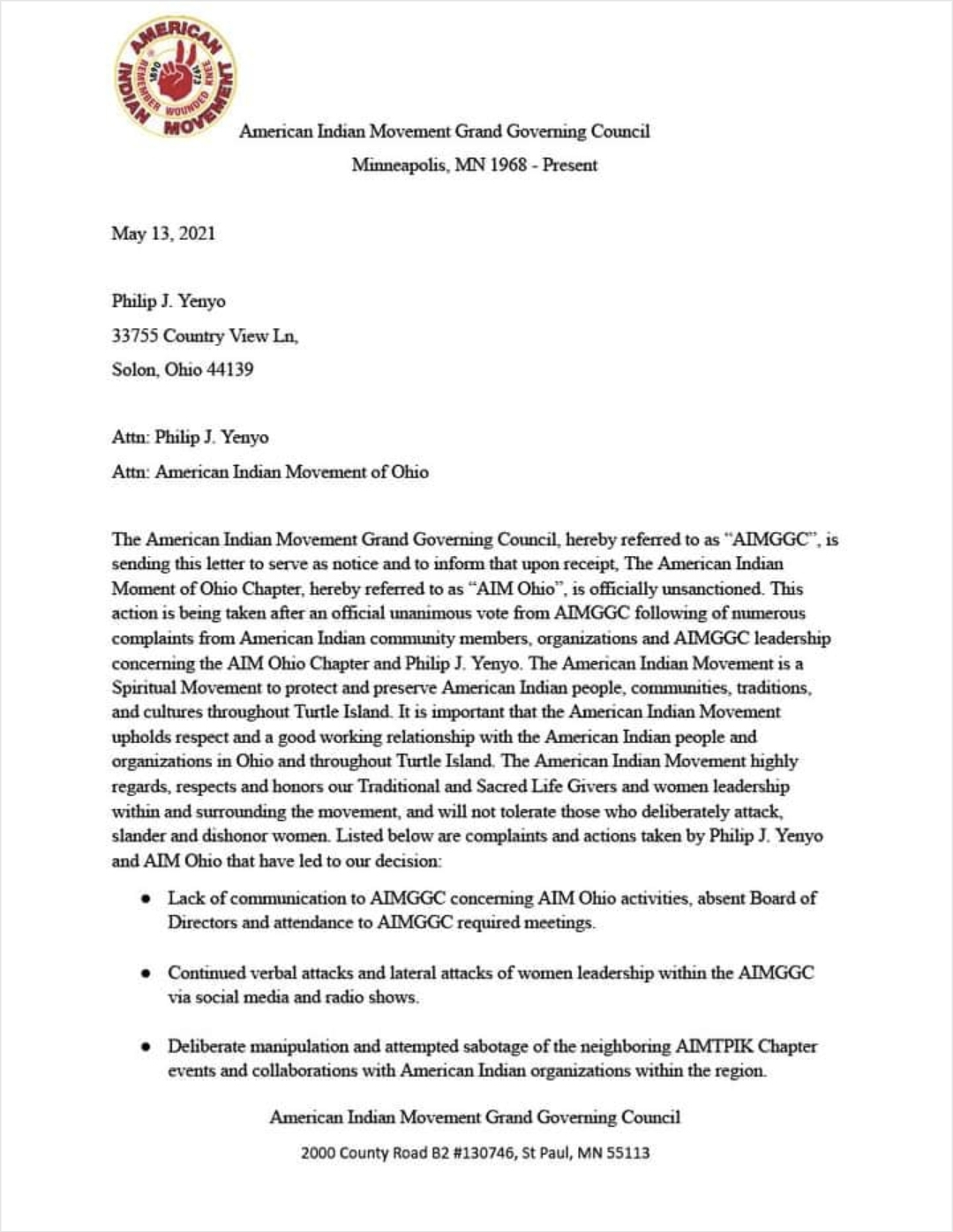 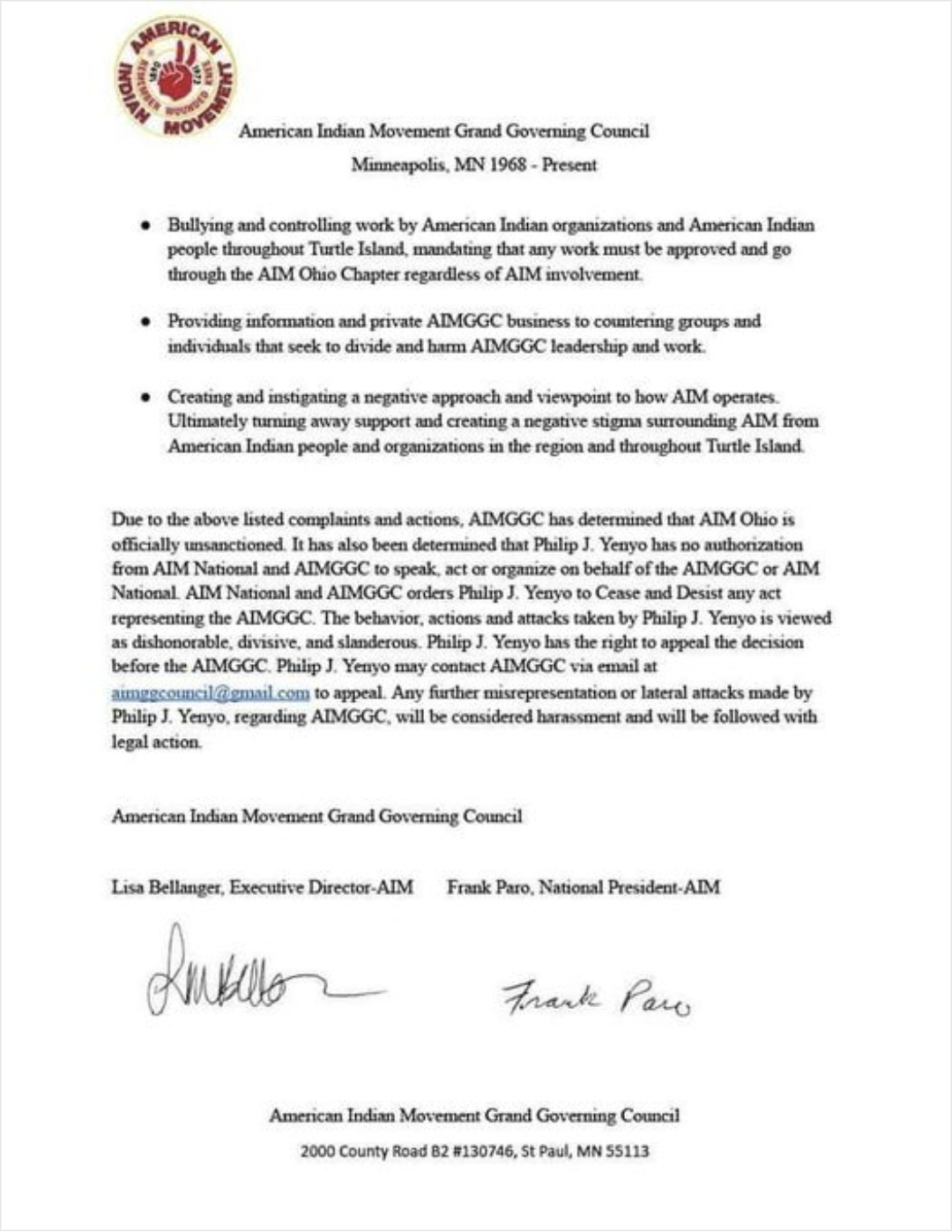 In 2015, during a deposition in Cuyahoga Court of Common Pleas (Roche v Yenyo CV-15-846071) it was revealed that Mr. Yenyo could provide no American Indian or Mexican Indian ancestry. In the genealogy obtained, it was also revealed that his original family name was Jenyo, and that he was of Hungarian and Spanish Mexican descent.