LAW360 (Native feed) - August 11, 2022 - 11:53am
The D.C. Circuit's recent ruling that an agency must provide notice and an opportunity for comment when withdrawing a rule that has been filed for public inspection but not yet published in the Federal Register features a vigorous debate on the "point of no return" issue that has significant practical consequences whenever there is a change in administration, says Steven Gordon at Holland & Knight.
Categories: LATEST GLOBAL INDIGENOUS NEWS, LAW & TREATY RIGHTS, UNITED STATES

Native America Calling: The Native perspective in ‘Grounded in Clay’

INDIANZ.COM - August 11, 2022 - 10:17am
All Episodes on Spotify | More Options
Native America Calling: The Native perspective in ‘Grounded in Clay’
nativeamericacalling.com   180099native   nativeamericacalling
The Native perspective in ‘Grounded in Clay’
For the first time in a century, Native people have a voice in how a massive collection of pottery is treated. That voice is represented in the new exhibition, “Grounded in Clay: The Spirit of Pueblo Pottery” at the Museum of Indian Arts and Culture. The exhibition gets perspectives from Native artists, storytellers, political leaders and others on a representative sample from the collection. Thursday on Native America Calling, Shawn Spruce hears from the organizers of the exhibition and the guest curators as they express their personal and cultural connections to the pieces. 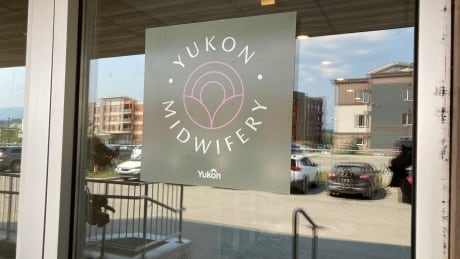 Three experts who were consulted by the territory say they didn't see their contributions reflected in new midwifery regulations.

Supporters are calling for Dawn Walker's extradition: Here's how that might work 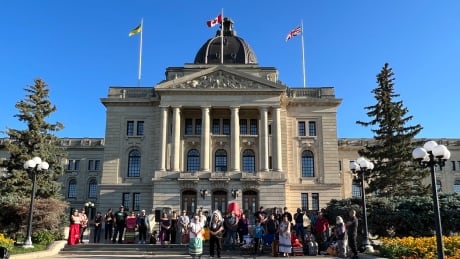 Supporters of the Saskatoon woman who is accused of faking her own death in Canada and fleeing to the United States say she should be extradited back to Canada. A legal expert explains how the process might play out. 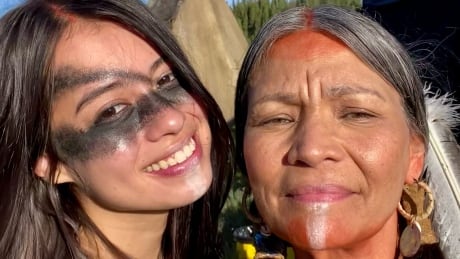 The success of Prey and other Indigenous-led films and TV shows are moving the needle in Indigenous representation.

She started an animal food bank. Now this Chippewa teen is pitching to win $25K 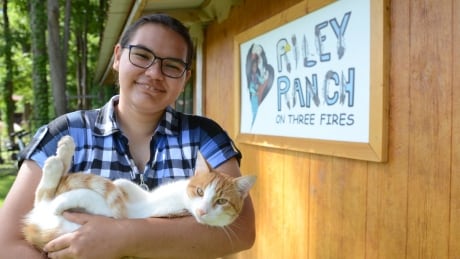 Since childhood, Zhawanoogbiik Danielle Riley has dreamed of having her own place to care for animals. It has led the 16-year-old from Chippewas of the Thames to become a youth semifinalist in an Indigenous pitch competition, with a chance to win $25,000 to grow her business.

As central Newfoundland fires rage, Miawpukek is planning for the future 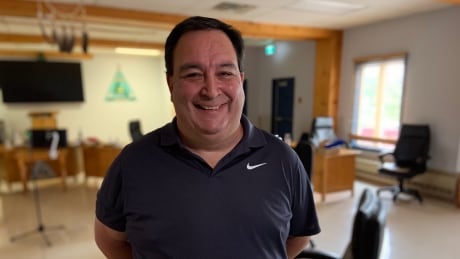 The First Nation community isn't letting its guard down, after a five-day closure of the Bay d'Espoir highway.

Shoresy star returns to Canada to recover after being shot in L.A. 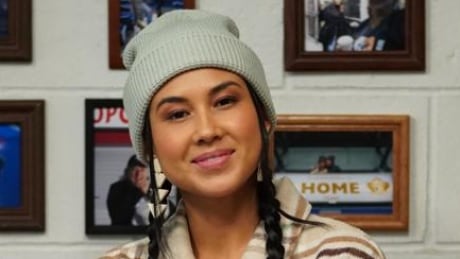 Keilani Rose, one of the stars of Shoresy, was shot in the chest outside her Los Angeles apartment on July 4.

‘Largest Investment Ever’ on Climate Change Passes Senate, Including $272.5 Million for Tribes

RURAL HEALTH INFORMATION HUB (American Indian/Alaskan Native feed) - August 11, 2022 - 1:00am
The Bureau of Indian Affairs will hold the first public meeting of the Self-Governance PROGRESS Act Negotiated Rulemaking Committee on August 29, 2022 at 1:00-5:00 p.m. Eastern time. The Committee will advise the Secretary of the Interior on a proposed rule to implement the Practical Reforms and Other Goals to Reinforce the Effectiveness of Self-Governance and Self-Determination for Indian Tribes Act of 2019 (PROGRESS Act). Comments on the PROGRESS Act should be submitted on or before October 11, 2022.
Categories: HEALTH & ENVIRONMENT, LATEST GLOBAL INDIGENOUS NEWS, UNITED STATES, WOMEN

B.C. woman claims RCMP broke her leg and left her suffering overnight in a jail cell 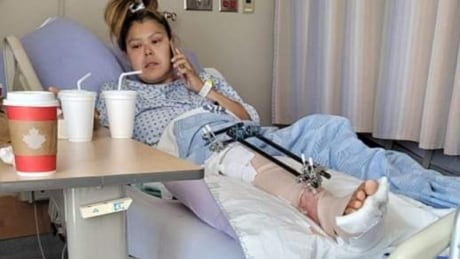 A Burns Lake, B.C., woman is demanding accountability after she says she suffered a broken leg during an arrest and was detained in a jail cell overnight despite pleas for medical help. 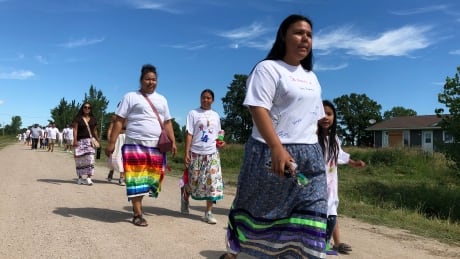 People in First Nations across southern Manitoba are walking to raise support for a plan to transform the way health care is delivered in those communities.

INDIANZ.COM - August 10, 2022 - 5:17pm
National Indian Gaming Commission: FY 2021 Gross Gaming Revenue Announcement
Indian gaming revenues hit record $39 billion despite COVID-19
By Acee Agoyo
Indianz.Com
The tribal casino industry has rebounded dramatically despite the ongoing challenges of the COVID-19 pandemic, with revenues reaching $39 billion, a record in Indian gaming history. The National Indian Gaming Commission announced the highly-anticipated figures on Wednesday. The data shows increases across all regions of Indian Country, indicating that the unprecedented decline the came after the onset of the coronavirus more than two years ago was temporary. “Indian gaming is doing very well,” NIGC Chair E. Sequoyah Simermeyer said in a video announcement. “You have rebounded from the industry wide challenges faced during the pandemic.” “If fiscal year 2021 has shown anything, it is demonstrated that Indian gaming is a resilient industry,” said Simermeyer.

— indianz.com (@indianz) August 10, 2022 Following the onset of COVID-19 in the spring of 2020, every tribe shut down their gaming facilities as they sought to keep their communities and customers safe. The result was a decline of nearly 20 percent in gross gaming revenue, plummeting the industry to levels not seen in nearly a decade. But Simermeyer and NIGC Vice Chair Jeannie Hovland said tribes quickly adjusted their operations to address health, safety and other challenges that have arisen during the ongoing pandemic. On some reservations, only recently have casinos been able to fully come back online, they pointed out. “When taken together, these challenges, negotiating a clear path to achieving and maintaining revenue growth may seem daunting,” said Hovland. “But it’s clear: Tribes know what is best for their communities,” Hovland noted. Gross gaming revenue in fiscal year 2021 was 40 percent than the year prior, and nealry 13 percent higher than the pre-pandemic year of 2019. Image: National Indian Gaming Commission According to the fiscal year 2021 figures, gross gaming revenue at tribal casinos increased by 40.2 percent from the year prior. Compared to pre-pandemic levels, they increased by 12.9 percent. Some of largest percentage gains come from the regions that include the state of Oklahoma, where Simermeyer and Hovland are attending the Oklahoma Indian Gaming Association’s Tradeshow and Conference. The Oklahoma City region increased by 49.9 percent while the Tulsa region grew by 46.7 percent, according to the NIGC. Tribes in the two regions operated 144 casinos in fiscal year 2021, the largest of any of the NIGC regions. The bulk of the facilities in Oklahoma, with a handful in the neighboring states of Texas and Kansas. Together, these regions reported more than $6.1 billion in gross gaming revenue, the NIGC results show. The figure represents a big jump from the $4.1 billion reported last year. But the very largest gain comes from a seemingly unexpected place. Gross gaming revenue increased by 56.0 percent in the Rapid City region, home to 41 tribal casinos in the states of Montana, North Dakota, South Dakota and Wyoming. Gross gaming revenue figures for fiscal year 2021 are based on reports from 510 gaming facilities operated by 243 tribes in 29 states. Image: National Indian Gaming Commission The Portland region, with 56 tribal establishments in the states of Idaho, Oregon and Washington, saw a 42.6 percent gain. Gross gaming revenue totaled $4.4 billion in fiscal year 2021, according to the NIGC. Equally impressive was the 42 percent gain in the Sacramento region, home to 78 tribal casinos in California and Nevada. With gross gaming revenue of $11.9 billion, operations in these two states accounted for a huge share of the overall $39 billion reported by tribes. “All regions show a year-over-year increase when compared to fiscal year 2020,” said Yvonne Lee, the chief financial officer of the NIGC, the federal agency charged with overseeing the tribal gaming industry. While gains were considerable across Indian Country in the last year, a handful of areas have not immediately returned to pre-pandemic levels. Operations in the Phoenix, St. Paul and Rapid City regions were the only ones that fell below the levels reported in fiscal year 2019. According to NIGC officials, the results show that not every tribe has rebounded from COVID-19 in the same way, once again highlighting the unique nature of Indian gaming. “We noted in our comments, that from our analysis, not every region was going to have, the same rebound, and it would take more time for other regions perhaps,” Simermeyer said during a media roundtable on Wednesday afternoon. “Our regions are determined administratively and I don’t know that necessarily says anything about those specific operations at the local level,” Simermeyer said. Lee further pointed out that gross gaming revenue figures are based on factors, such as differences in financial reporting periods among tribes, that may not always reflect local conditions. “Their decreases are pretty small,” Lee said of the percentage declines seen in Phoenix (down 1.8 percent, compared to fiscal year 2019), St. Paul (down 2.7 percent) and Rapid City (down 1.1 percent).
National Indian Gaming Commission Press Release [PDF]
National Indian Gaming Commission Fiscal Year 2021 Gross Gaming Revenue

NIGC officials also highlighted the diverse nature of the tribal gaming industry. According to the figures, 55 percent of operations reported less than $25 million at their respective facilities. On the higher end, only 8 percent of tribes reported revenues greater than $250 million at their respective casinos. Yet these submissions accounted for 52 percent of the gross gaming revenue (GGR) in fiscal year 2021. “With 43 gaming operations reporting GGR greater than $250 million, accounting for more than 50 percent of total revenues, this year’s revenues underscore the wide diversity — geographically, demographically and financially — in gaming operations across Indian Country,” Hovland said in the video message. According to the NIGC data, 61 submissions reported revenues in the range of $100 million to $250 million. They accounted for 12 percent of the overall GGR figure. In the middle range, a total of 124 submissions reported revenues in the ranges of $50 million to $100 million and of $25 million to $50 million. The 282 remaining submissions represented the $25 million and under range. 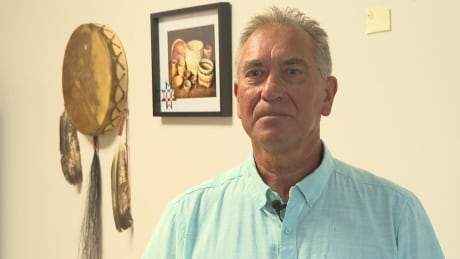 The University of Prince Edward Island will now require all graduating students to have completed a course in Indigenous Studies. 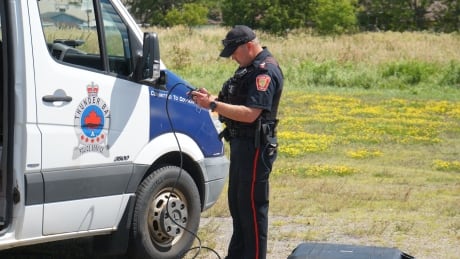 Thunder Bay police are searching a location in the city's Intercity area as they continue to investigate the disappearance of a 25-year-old man. 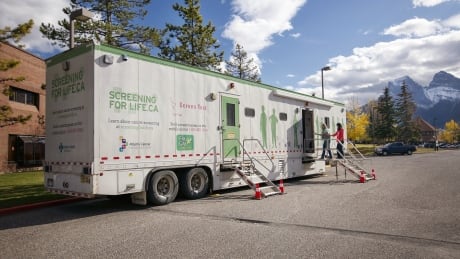 A mobile mammogram clinic is on the road with a two-day stop at Enoch Cree Nation giving Indigenous women a chance to get screened for breast cancer.